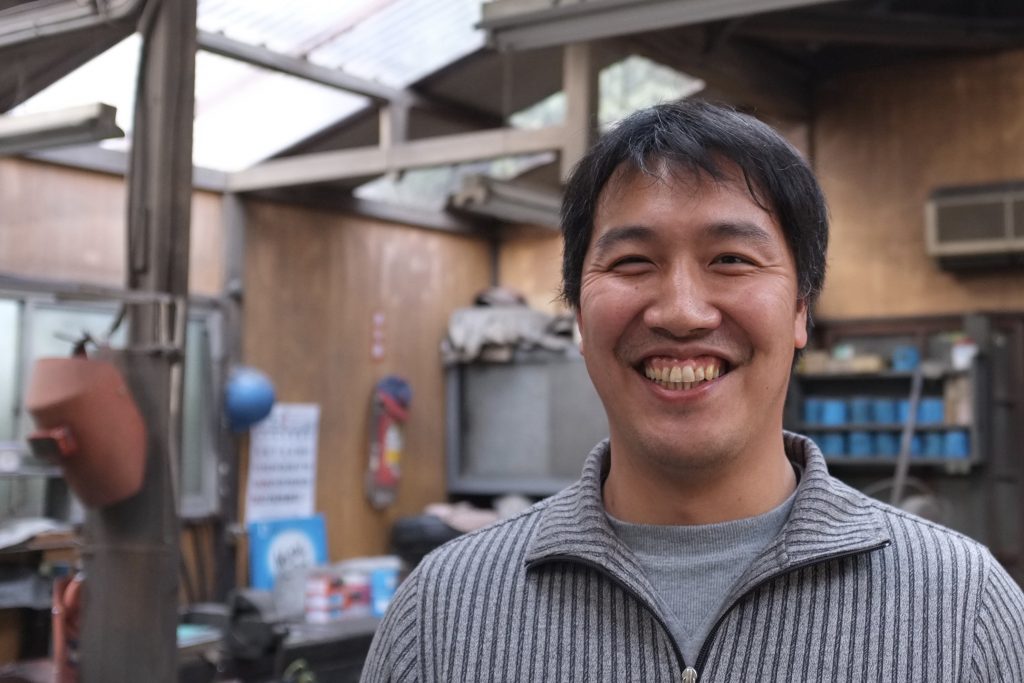 For anyone looking into Japan for manufacturing, it is important to know about the role of the light engineering clusters. Without knowing its system and how they work, you may get lost and confused. But if you do understand, they could be your right partners.

In this article, I’ll guide you through the eco-system of Tokyo’s light engineering clusters. You’ll see it from a bird’s eyes view and understand how it works. These clusters have been kept hidden, but now the doors are open for the world.

Reducing lead-time is crucial for any successful business. Building a strategic supply chain for procurement, manufacturing, logistic, and sales is a high priority.

This is same for Japanese companies. So, how are they managing the supply chain?

One key element is the clusters of small light engineering factories. It is a location densely populated with large numbers of small factories and the network of a variety of specialty. There are several clusters in Tokyo, which plays a key role in Japanese manufacturing.

These small factories are called “machikoba” in Japanese. They rarely get a spotlight but have been the unsung heroes of the Japanese economy for decades. You hear brand names such as SONY and Canon, but you don’t hear the name of parts and components suppliers, let alone factories processing them. In other words, it is hidden from outside.

It’s hidden in two ways. First, most of the Japanese companies hesitate to share their secret of the supply chain to an outsider. They won’t tell the names and forbid small factories to disclose whom they work for. This is why, unlike in other countries, you don’t see testimonials in most of the small factories’ website.

Second, they’re literally hard to observe from outside. These factories are small. To be precise, it’s tiny. Their factories are mixed in the town and housing. They only show small signboards and it’s rare to find one written in English. It’s really hard to know who is doing what if you are a stranger. 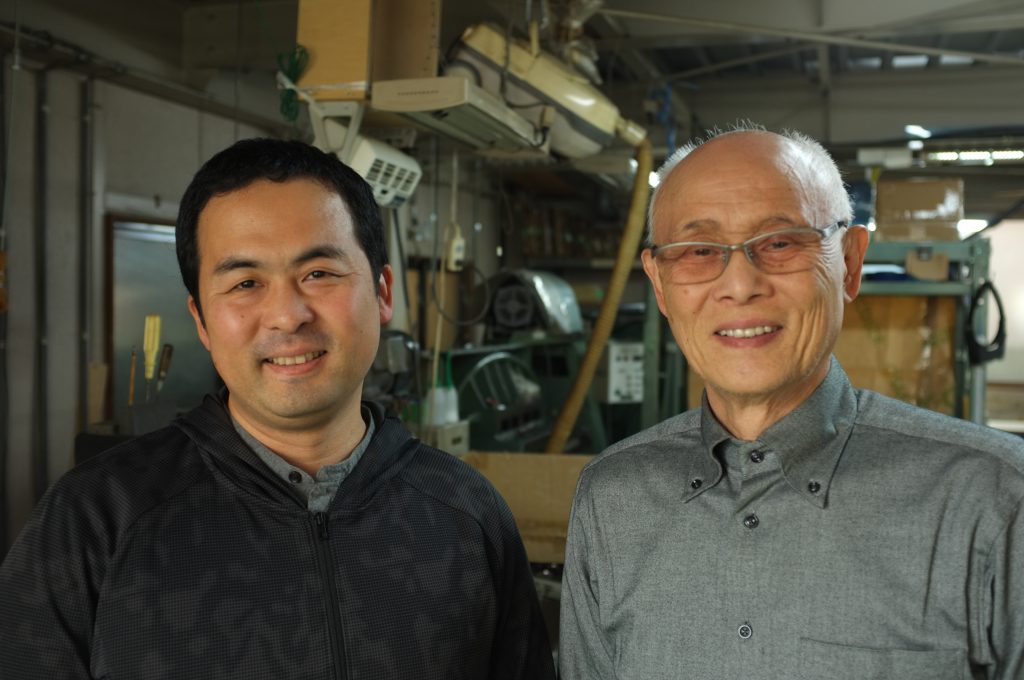 A peer to peer network in a proximity

So you may wonder how can a tiny factory be so important. Well, it’s because they work as a cluster. Let me explain.

First, they work as a network. It is kind of a loose peer to peer network of collaborative partners. As each factory is small and the skill set is narrow, they can hardly sustain business alone. So they have developed a way to collaborate with each other.

Thanks to decades of collaborative works and sharing information, they created a kind of intangible database of skills, knowledge, and capacity. They know who handles what, who works where, and real-time information on the capacity to add new orders.

This network isn’t a centralized system. It is more like a network of peer to peer relationship. You don’t have a particular center to target. But a single factory may connect you to many.

Second, they work geographically closely with each other: 5 or ten minutes drive at most. This dense concentration of factories has great benefits. It saves time and cost to communicate and deliver. They can always visit each other for any issues and deliver materials, parts and components fast and easy.

The large Japanese corporations have utilized these benefits to make their stable, efficient and flexible supply chain. It helps them not only to reduce the production costs but also help improve their R&D capability and manage quality control.

Each cluster has uniqueness

In Tokyo metropolitan area, there are 29,271 factories (as of 2014), mostly small and tiny workshops. They are densely located in areas such as Ota, Adachi, Sumida, Katsushika, and Edogawa. Each cluster has a unique characteristic.

For an example, Katsushika is called “Machikoba Wonderland” from its vast variety of small factories. The cluster was originally formed as a hub for Japanese toy manufacturing. During 1950’s, major Japanese toy makers established their main factories in Katsushika, which attracted a number of small factories in the proximity to supply materials, components, and parts for toy manufacturing.

As manufacturing toys demand various metal processing for parts and components, it became the key industry for Katsushika. It currently has the second largest number of metal processing factories in Tokyo. The cluster also has factories in machinery production, rubber processing, injection molding, printing and much more. It is now serving to the wider industry after the toy makers shifted their main factories abroad.

On the contrary, Ota ward has its cluster developed based on machinery and electronics industry. With more than 3,500 factories in the region, Ota has the largest number of manufacturers in Tokyo. There is a saying that if you throw any design in the air in Ota, it comes down as a product. Percentage of general and electronic machinery manufacturing is more than 45 percent in Ota.

The light engineering clusters in Tokyo has developed significantly during the 1950s and 1960s, a period of Japan’s high economic growth. Tokyo was nothing but debris and ashes when the war ended in 1945. Then in 1950, the Korean War started. The special procurement boom helped to restore the industry. As Japanese economy grew, more people came to Tokyo for work, which they find jobs in small and medium factories.

These factories are mostly small, a family-run business, with less than 10 employees (average is 5.5 employees). Each factory has a niche in a particular field. They form a gradation of specialty in the field. A specialty in metal sheet processing has so many variations in materials, techniques, use of tools and equipment, a level of precision and etc.

If you take one factory alone, it’s hard to find a client that matches the niche. So they work together in a horizontal network. Each factory works as a modular of specific specialty. By sharing information and mutually covering the gaps in skill and resource, it becomes an integrated network of manufacturing with a capacity to handle a wide range of specification and volume.

Working within the cluster, they can make profits even with the smallest order. This gives more chances to gain new businesses. 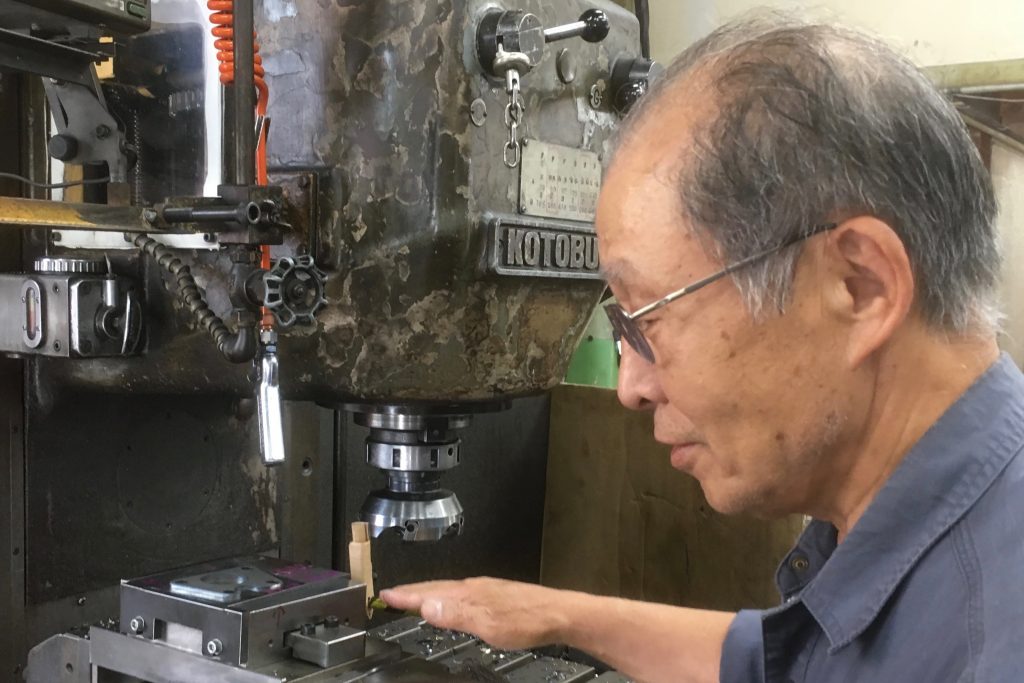 How to work with factories in clusters

In order to understand how to work with factories in light engineering clusters in Tokyo, it’s good to know how Japanese corporation has been working with them.

However, due to growing economic globalization in the past decades, many Japanese corporations gradually shifted their manufacturing base abroad. Some factories followed them and established factories abroad as well. But small factories with limited resources had to remain domestic. They needed to focus more on their unique strength to survive.

Partner for R&D and high-precision/complex manufacturing

As the market has become increasingly global and unpredictable, the Japanese corporations have been pressured to cope with a shorter product cycle. It required continuous R&D and faster product development. New ideas and designs have to be prototyped and tested in frequent iterations.

Holding all the resources within a company is too costly. So they find it easier to work with the small factories using them as flexible modular for their supply chain.

The Japanese corporations also face issues abroad with a lack of resources for high-precision/complex manufacturing. As it requires tacit skill and know-how of long experience and continuous improvement, it’s not easy to make a transfer. This is where small factories in Tokyo has unique strength.

This relationship works well for both sides. Business with large Japanese corporation gives a small factory stable source of income. Working on new challenges made them continuously improve their skills and techniques.

How to utilize factories in a cluster

So, how can a foreign engineer, researcher or entrepreneurs utilize factories in Tokyo? And how does it work?

The first step is to find a factory who can work with you. Yes, I know this is the most difficult part. You need someone who can guide and communicate with you in English. However, there’s not much information you can find written in English. Read my article, “A guide to finding a manufacturer for your product in Tokyo” for initial source of information.

It is also recommended to work with a factory which works as a hub. They have the information and network to find a solution for your needs. The problem is that they don’t show a signboard as a hub. They usually show their main specialty only.

Here is a case of producing machinery. In this case, the hub factory is a machining shop. When a factory gets an order from a machine maker, it forms a team to work on it. It gathers a set of factories with various specialties, such as:

They have their factories located within 5 to 10 minutes away from each other. They know who can do what, how to collaborate, who is busy, whose equipment is available, and to whom to ask for troubleshooting.

The language barrier is still a big challenge. Despite the fact that Japanese learns English for many years, most of Japanese have difficulty in speaking and listening English. Living in Japan, we don’t find many chances to communicate in the foreign language in our daily life.

Hopefully, the situation shall improve in mid-long term. The Japanese government has decided to start teaching English from age 6. More emphasis is made to support young generation to visit abroad and think and act internationally. Olympic is coming to Tokyo in 2020, hope to create good momentum.

There are also growing initiatives from public and private sectors to support small and medium enterprises to conduct business internationally. There are various matchmaking platforms and support you can use.

Due to globalization in manufacturing, domestic demand for small factories in Tokyo has declined significantly. The number of factories has become less than a half from its peak. Now, Ota Ward has 3,481 factories (as of 2014), more than 60 percent decline from 9,000 at its peak in the early 1980s.

These remaining factories have survived from many decades of fierce competition. They survived by competitive advantage in skill, knowledge, and techniques, as well as maintaining strong customer relationship.

Their strength can also be utilized by global stakeholders. However, due to a language barrier and other challenges, opportunities for international collaboration with small factories in Tokyo are still untapped.

There is a general perception that cost is quite high in Tokyo. But it’s not always the case (read 5 reasons for manufacturing prototypes in Tokyo). You can get many benefits from manufacturing your products in Tokyo. It is becoming much easier to access.

So why not give it a try? We are now open to the world.

Tokyo Fabhub is an initiative to fill the gap in communication as well as information between factories in Tokyo and engineers, researchers, and entrepreneurs in the world. 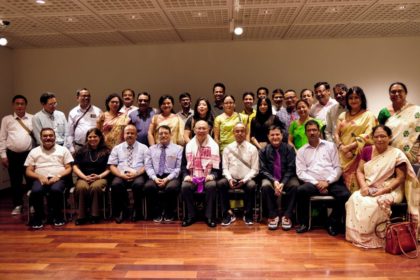 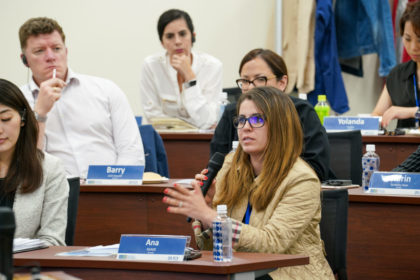 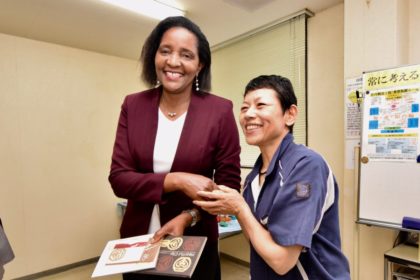 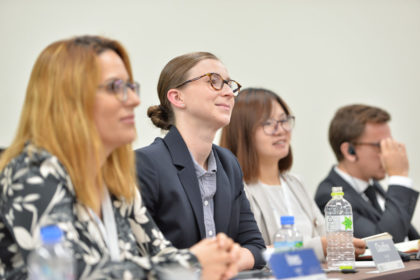 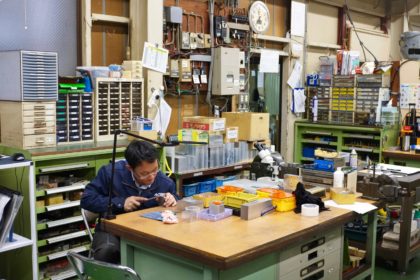 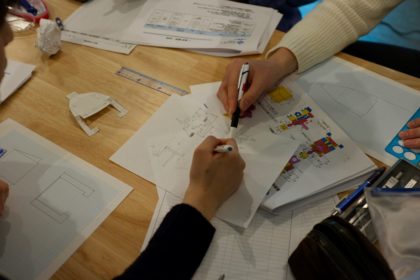 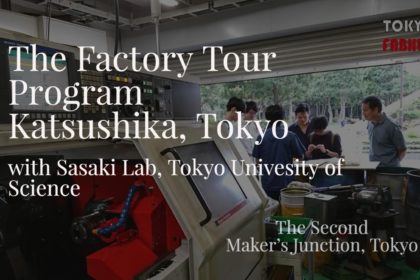